Five Refrigeration and Air Conditioning students from Eastleigh College recently went head–to-head in competition for a spot at the SkillFridge National Final, taking place at the The Skills Show in November. Success at The Skills Show could even lead to an opportunity to take part in the WorldSkillls UK international competition! 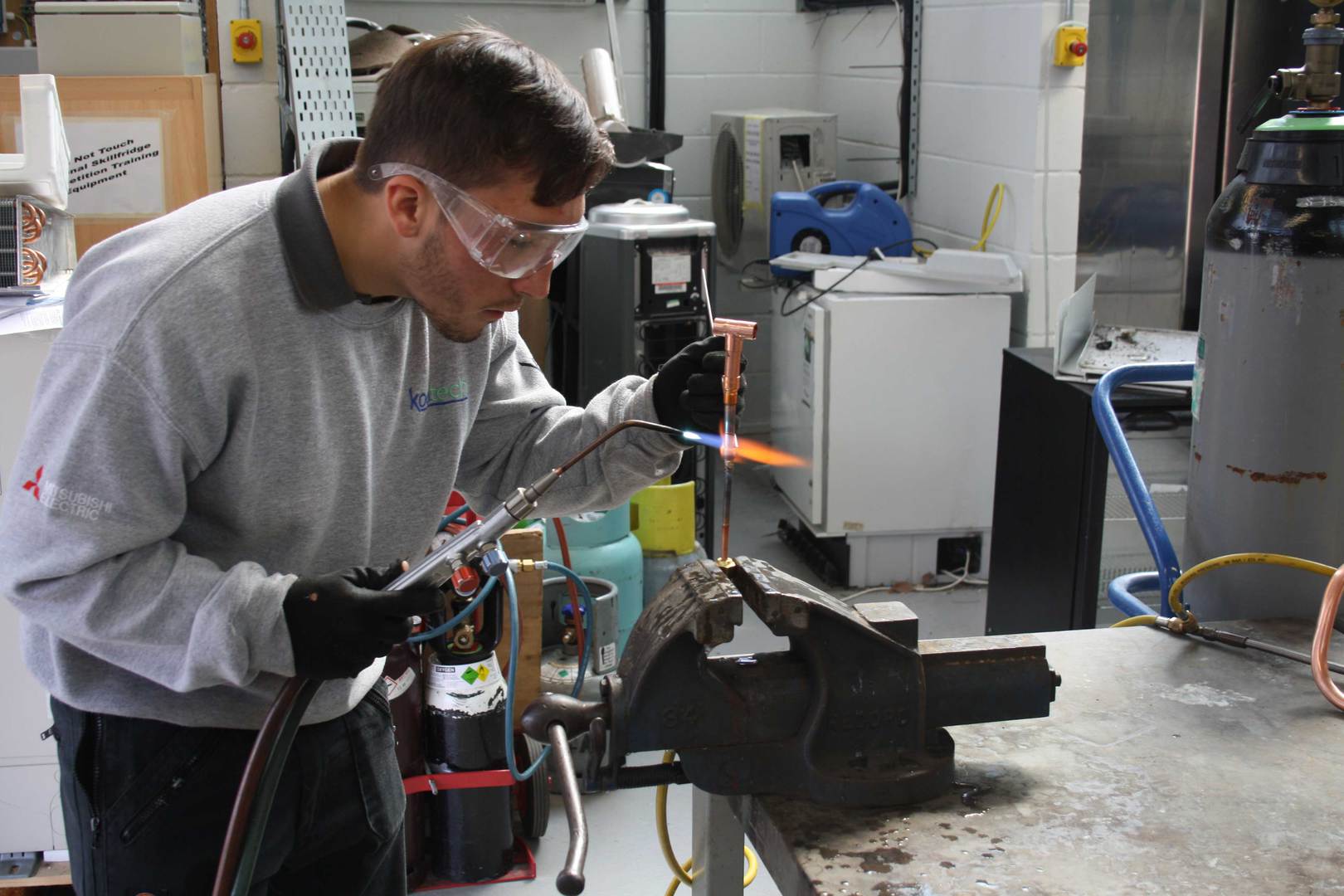 After a whole day’s worth of maintenance challenges and pipe work fabrication, Stephen Taylor, 19 from Havant, was awarded first prize and has officially secured a place at the SkillFridge national competition at The Skills Show in November 2017. He said “It feels good to have won, I put a lot of effort in. I enjoyed doing the pipework the most. There’s lots of things I can work on before The Skills Show, like my brazing and making sure I put caps on condensing units.

“The competition has boosted my confidence. I did it last year as well, and it was really helpful getting tips from the judges, which I’ve now put into practice.”

Commenting on the judging process, Kelvin Kelly, Training Director at Business Edge, said, “We were mainly looking to see that the students could work safely under pressure and follow instructions. I was impressed by the students’ enthusiasm, I could see they enjoyed it and found it a challenge.”

Co-judge Steve Burge, who made the World Skills national team in 2013 and now works at Cosham Refrigeration, gave the following advice to this year’s winner: “It’s not just about practical skill; it’s mental ability and how you overcome problems. Push yourself, and listen to your lecturers and the training managers.

Eastleigh College is offering rapid-turnaround lateral flow tests for learners and staff to help in the fight against Covid-19. Lateral flow tests can produce quick results and can be used to identify Covid-19 infection in those without symptoms (asymptomatic). It is hoped that running these tests across the college will result in faster detection of cases for learners and staff without symptoms, and therefore achieve a more effective prevention of infection. Read more.